The Johannes Gutenberg-Universität Mainz (JGU) is close to the train station and the city centre and, as a campus university, extends over a large area. It is one of the twenty largest universities in Germany. Most of the approximately 100 institutes in ten departments are located on the central Mainz campus, where study and student life are closely related. Diverse cultural events and campus-wide festivals are a crucial part of the Mainz study experience. The JGU is a highly international university with students, lecturers and researchers from over 120 nations and is a member of the Forthem Alliance, a model network funded by the European Commission in Brussels as a European University of the Future. 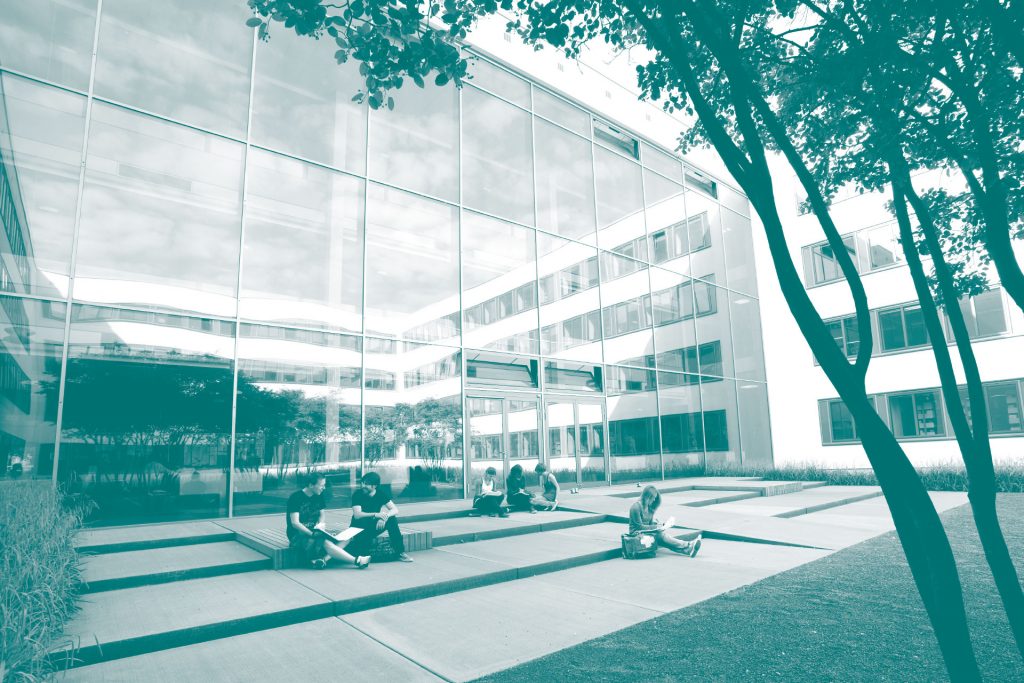 Students in front of Philosophicum 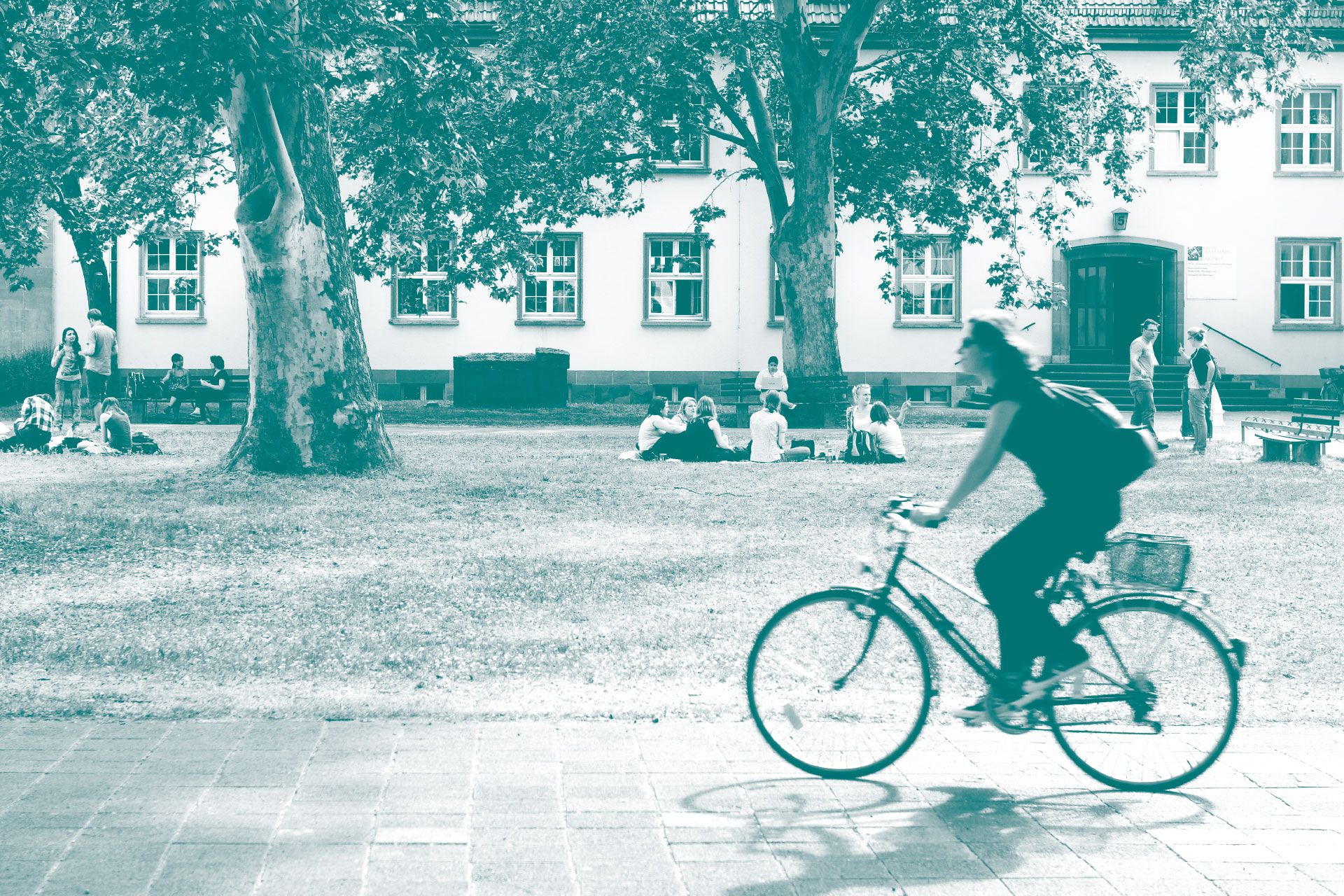 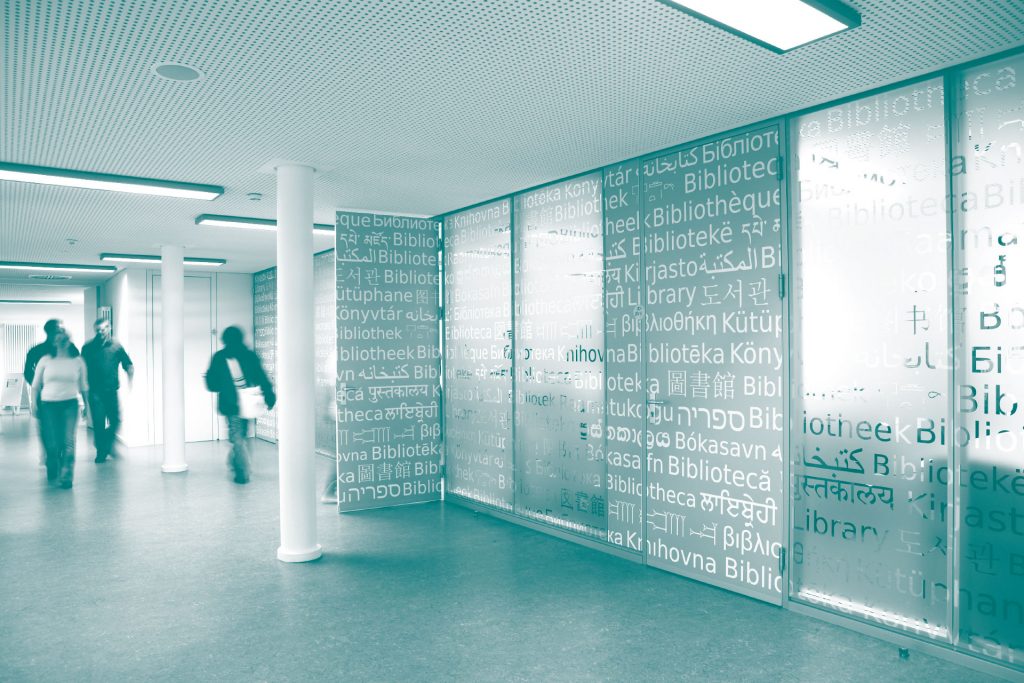 The city on the Rhine is known as a media city, since the beginnings of printing with Johannes Gutenberg in the 15th century to today with a large number of important German broadcasters, small publishers and media start-ups. In addition, the city was one of the most important and powerful in Central Europe in Roman times and through the Middle Ages: nowadays it continues to be a significant urban centre, but it is a stronghold of the joyous Rhenish way of life with its festival and celebration culture. It is also a particularly ‘young’ city – indeed, every fifth inhabitant is a student. Located in the Rhine-Main area, Mainz is part of an internationally important metropolitan region in the centre of Germany and Europe. The international traffic hub at Frankfurt am Main, which just half an hour away, offers fast rail and flight connections to Europe and around the world.